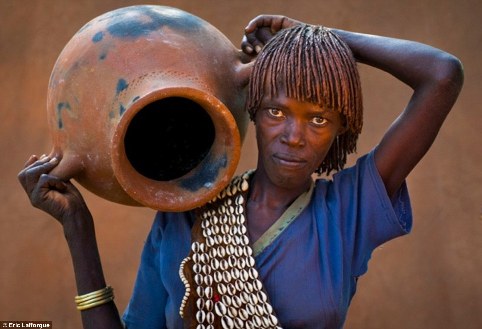 A Jewish Pharisee (religious scholar) came to rest one day in the midst of his journey, hot and thirsty in the noonday sun, at a deep well which had been dug by his Israelite ancestor Jacob. After he had taken a drink from the ladle, and poured out another scoop over his head and neck to cool himself, he sat down on the clay stoop encircling the well. His desire was to rest a bit before continuing on his way.

Within minutes, a Samaritan (half Jewish) woman walked up the hill to draw water. She carried a large water jug in order to fill it with the day’s water from the well. She came at noon to avoid the Jewish women who filled their containers in the cool of the morning or at setting sun, because Jewish people would not speak to Samaritans. Besides, this woman had a past the other women would gossip about if they saw her.

When she saw the Pharisee sitting there, she stopped, not knowing whether to approach the well.

As soon as the Pharisee saw her, he said, “Filthy dog, what do you think you’re doing at this well!”

“Sir,” the woman said, bowing low, “I beg you, this is the only well within fifty miles of my home. I need water for my family, to drink, cook and clean. Please sir, may I approach and fetch water from the well. I will do so quickly so I do not bother you.”

The Pharisee stood, rising to his full height. “Stupid woman. I know who you are. How dare you think you can dip your hand into this well and dirty it. This is my ancestor’s well. He did not make it for the likes of you!”

“Please, sir,” the woman said, “Jacob was my ancestor, too, for I am half Jewish. My family is hungry and thirsty, and we need this water.”

The Pharisee was shocked. He couldn’t believe this woman had the audacity to speak to him – a Jew, a man and a teacher – in this way. They both knew he could have her severely punished for this.

The woman became afraid. She saw the hatred and condemnation in the face of the Pharisee. She felt shame and confusion, so she turned and left without her water.

Pharisees and other people who eat from a religious variety of the fruit of the Tree of the Knowledge of Good and Evil would have had a very different approach to this woman. The Samaritan woman went from being a woman with a scandalous past to an evangelist for Jesus Christ in the span of a short conversation because, thankfully, she did not meet a religious person [who focused] on the dust particle of this woman’s unsavory past – she met Jesus Christ. Gregory Boyd, Repenting of Religion

According to the Gospel of John, Chapter 4, it was Jesus who took time to rest at Jacob’s well. He was traveling from Judea to Galilee crossing through Samaria. 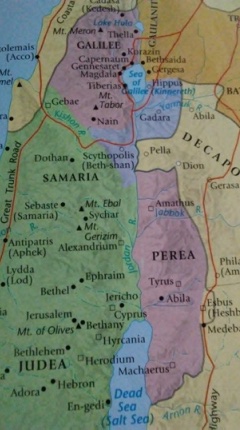 The Jewish people considered the Samaritan people “mongrels” because they intermarried. The Samaritans were the Israelite tribes of Ephraim and Manasseh who had survived the destruction and captivity of Northern Israel by Assyria, Babylon and Egypt between 722-586 BCE. The Jewish people had such animosity for Samaritans that, traveling from Judea to Galilee, they made their way around Samaria rather than go through it.

Here was Jesus, a Jewish rabbi, walking through Samaria, leading his disciples through a country inhabited by a people they were taught to abhor.

A woman approaches; before she sees him, Jesus asks, “Would you please give me a drink?”

The woman was shocked. She knew this man was Jewish and a teacher, yet he disarmed her by politely asking her for a drink.

And in conversation over the water, he told her, “If you only knew the gift God has for you and who you are speaking to you would ask me for water. I can give you living water. Anyone who drinks this water will soon become thirsty again, but those who drink the water I give will never be thirsty again.”

As their talk continued, Jesus revealed to the woman her history and her spiritual condition – the past which caused the Jewish women to gossip about, and her neighbors to shame her.

Rather than judge her past or present behavior, Jesus concerned Himself with filling the emptiness in her heart, her mind and spirit – the emptiness which influenced her behavior. He didn’t reveal her history to embarrass or shame her, and never brought it up again. He revealed it because he wanted her to know he understood her spirit’s thirst for genuine, unconditional love and generous grace, not simply her physical thirst. He wanted her to know she didn’t have to do anything in order to receive His love and grace.

Once the Samaritan woman fully grasped this, her former shame turned to joy as she raced back to her village to tell her former accusers this amazing, generous love was available to them, too. (John 4:3-26)

Now the truly extraordinary thing was this woman who was shunned by her own villagers now, instead of bearing shame, bore the light of the Messiah. In doing so, she convinced them to return with her to the well. She was transformed, not by rules or condemnation, but by love and grace; and so were her detractors.

Many Samaritans from the village believed in Jesus because the woman had said, “He told me everything I ever did.!” When they came out to see Him, they begged Him to stay in their village. So He stayed for two days, long enough for many more to hear His message and believe. (John 4:30,39-41) 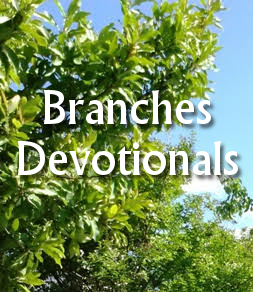 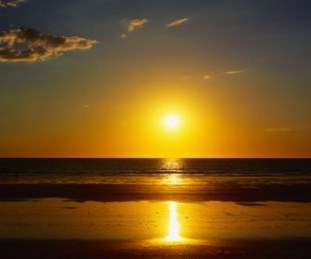